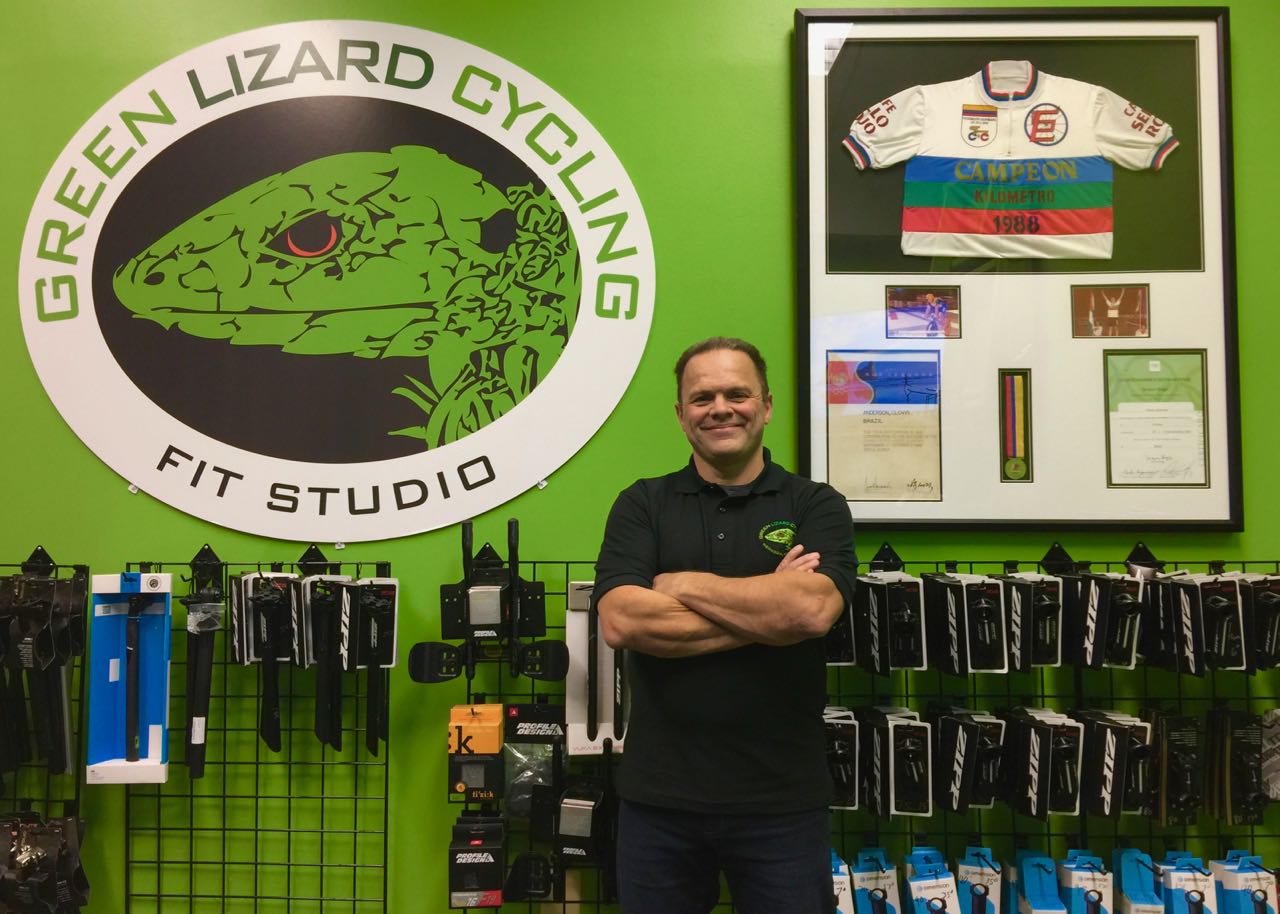 Clovis started his business in Sao Paulo in 1992, after more than a decade serving the National Track Cycling Team from Brazil (where he also studied Physical Education and International Business) and racing in the US, Europe, Asia, South America and the Caribbean.

The idea was to sell and service bicycles from various categories that fit the rider perfectly both mechanically and anatomically, adding efficiency and preventing injuries while riding. Once this became successful, they started distributing bicycles, parts and accessories for the whole country.

The passion for fitting bikes and their riders drove Clovis to attend courses to become a Certified Cycling Coach.

Clovis attend the course from the IOC (International Olympic Committee) with Eddie Borysewicz  (first Greg Lemond coach and US Track Coach for the 1984 Olympic Games in LA) , and later a course sponsored by UCI (Union Cycliste International) who brought to that course Professor Jose Luiz Algarra (the first coach to the 5-time Tour de France winner, Miguel Indurain).

In 2006, Clovis received an offer to work in the US and moved to Northern Virginia in 2008.

Specifically addressing the needs of many triathletes, Clovis became a FIST (Fit Institute Slow Twitch) certified fitter in January of 2012.

Clovis has also completed the Guru Academy in Bethel, CT and Retul University in Boulder, CO.

Clovis has the experience, knowledge base, and tools to really help you increase power AND eliminate pain and discomfort on your bike. Helping the rider to better realize their full potential, avoid injury and achieve personal goals.

Suffice it to say, Clovis has an encyclopedic knowledge about bicycles and about athletes and their needs, but he is also both humble and extremely willing to help.

Clovis currently leads the Green Lizard Fit Team with the heart of a champion and the patience and experience to tackle your most challenging fit needs.